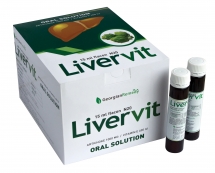 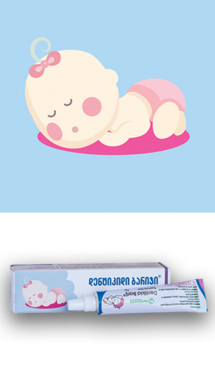 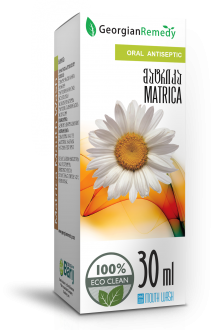 Pharmacological Effects and Mechanism of Action

Dental plaque is a famous etiological factor for gingivitis. Untill recently, chlorhexidine has been considered the most common chemical substance for controlling dental plaque. However, such adverse reactions as colorization of teeth, alteration in taste and desquamation of oral mucosal membrane, have limited extensive use of chlorhexidine. Recently, herbal extracts have attracted the attention of scientists for inhibition of plaque aggregation on the teeth. Use of products containing chamomile as toothpaste and mouthwash have had positive effects on the state of oral hygiene. Chamomile has ant-allergic and anti-inflammatory properties, which are in part due to presence of azulene and probably mediated by inhibition of histamine release. Essential oil of German chamomile and substances like chamazolene and α-bisabolol result in oxidation of arachidonic acid. In comparison with chamazulene , matricin has stronger anti-inflammatory properties. Chamazulene participates in the anti-inflammatory function of chamomile essential oil through inhibition of leukotrienes B4 synthesis. Alpha-bisabolol prevents formation of wound (induced by indomethacin, stress or ethanol) and its spread in rats. Alpha-bisabolol has considerable protective effect against the toxic effects of acetyl salicylic acid in the stomach. Also, strong antioxidant properties have been registered for chamomile. Ethanolic extract of the whole plant of chamomile has limited the growth of polio virus and herpes virus. Based on the results of several clinical trials, extracts of German chamomile have anti-inflammatory, antiseptic, antispasmodic (on stomach and duodenum in human) and wound healing properties.(1) Due to presence of azulene in chamomile oil, its major effects are: soothing, calming and anti-inflammatory. In a cross-sectional clinical trial, the efficacy and adverse effects of chlorhexidine and Matrica Mouthwash were compared in 60 students of 10-12 years of age. After registration of Plaque Index (PI) in each individual, the plaque was removed and thorough scaling was performed. Afterwards, participants were randomly placed in two groups of treatment and control. First, in the control group chlorhexidine was administered and in the treatment group Matrica Mouthwash was administered for 5 days without brushing the teeth; at the end of this period, PI was measured. After a 7-day wash-out period, complete scaling and polishing was performed and the treatment and control groups were switched and their PIs registered. Then, the rate of occurrence of dental plaque and such adverse effects as dryness, alteration in taste, sensitivity of mucosal membrane and colorization was compared. Based on the results of this study, both chlorhexidine and Matrica Mouthwash were effective in controlling the growth of microbial plaque. Although chlorhexidine was more effective, Matrica Mouthwash had a smaller share with regard to adverse effects. In an intervention double-blind clinical trial, 32 patients (10 male and 22 female) of 30-50 years of age who were referred to the faculty of dentistry of Tehran University of Medical Sciences during the year 2004 were selected in accordance with the inclusion criteria of the study. The evaluated parameters included Probing Pocket Depth (PPD) and Papillary Bleeding Index (PBI). For all the patients, the first stage of treatment, including scaling and leveling of root surface, was performed. The patients were divided into two groups of equal size. For the first group (test group), Matrica Mouthwash was administered and for the second group (control), chlorhexidine. After one month, the parameters were reevaluated. According to the results of this study, both mouthwashes were efficient for reduction of PPD and PBI. Chlorhexidine (0.94 mm) was significantly better for reduction of PPD in comparison to Matrica Mouthwash (0.74). But in case of PBI, Matrica Mouthwash (91%) did significantly better than chlorhexidine (79%). In users of both mouthwashes, stain formation was observed. The researchers came to the conclusion that chlorhexidine performed better than Matrica Mouthwash in reducing pocket depth, but Matrica Mouthwash was more efficient in alleviation of inflammation and PBI. Therefore, Matrica Mouthwash is preferable in treatment of gingivitis. In a controlled, cross-sectional, double-blind study, 25 patients with gingivitis used for 4 weeks, twice per day for 2 minutes each time, either a mouthwash containing chamomile extract or a control mouthwash (placebo). After a 4-week wash-out period, after switching the mouthwashes, the patients continued to use either the mouthwash containing chamomile extract or the control mouthwash. At the beginning and end of the stages of the study, the parameters of plaque, gum and staining were registered. Based on the results of this study, the mean decrease in parameters of plaque and gum was significantly higher for the chamomile extract mouthwash than those of the control mouthwash (p<0.001). The mouthwash made with chamomile extract caused a 0.31 reduction in the score for gum parameter, which was considerably more than the control mouthwash (0.03). Statistically significant difference did not exist regarding staining parameters between the two groups at the beginning of the study. The researchers came to the conclusion that by using chamomile mouthwash, plaque aggregation and inflammation of the gums decreases and it can be prescribed as an aid for daily dental hygiene practices.

Dilute 50-60 drops of the mouthwash in half a glass of water and gargle at least 3 times per day for 30 seconds.

Hypersensitivity to the plants of Asteraceae family

With the recommended dosage and appropriate administration, no adverse reaction has been reported. However, in case of occurrence of allergic reactions, stomachache, hypersensitivity in the throat, swelling of lips and diffuse urticaria, discontinue use and consult your physician

Due to presence of coumarin-like substances in chamomile, avoid use while taking anticoagulating agents.

This product is not edible. Tightly close the container after use and keep at room temperature away from sight and reach of children. Contains 55 volume percent ethanol. Keep this leaflet; you may need to read it again.